Review: The Eden Conspiracy by C. A. Gray 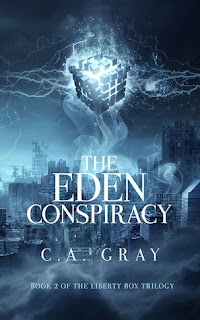 Source:  I received a copy of this book from the author in exchange for an honest review.

Rating (out of five stars):

Where to find this book:  Goodreads | Amazon


Click here to read my review for the first book in the series.

Can the truth set you free?

The refugee caves have been destroyed, and most of the refugees are dead. The Potentate now knows of their existence and will stop at nothing to wipe them out completely. He suspects that terrorist Jackson MacNamera is among them, as well as reporter Kate Brandeis’s fiancé, hacker Will Anderson—and probably therefore Kate herself. Now that the Potentate is aware of security threats, most of the strategies the rebels used to get back onto the grid before now no longer work. The Potentate knows the rebels are on foot, and he knows they were at the caves not long ago—they can’t get far.

The remaining rebels, among them Jackson and Kate, have Kate’s fiancé Will to thank for their survival: he arrived back from the dead and in the nick of time, bearing classified information about the Potentate’s plans to expand his influence internationally. But the remaining rebels and the Council cannot agree on whether their top priority should be spreading truth far and wide and freeing as many citizens from government control as possible, knowing that they will likely die in the process—or escaping to New Estonia, in hopes that they might live out the rest of their days in peace.

Kate, meanwhile, finds herself torn: between Jackson and the fiancé she thought she lost, and between the damsel-in-distress she once was, and the rebel she believes she has always been underneath. Whether the other hunters will support her or no, she knows she must use her influence over the people of the Republic to tell them the truth, no matter the cost. But is she strong enough to withstand the government’s lies?

I loved The Liberty Box, and I was so excited to get my hands on an ARC of The Eden Conspiracy!  The sequel to a favorite book can sometimes be a little lackluster, but that is definitely not the case with The Eden Conspiracy.  I may have loved it even more than The Box.

The writing is smart and drew me in right from the very beginning.  I love the characters – especially Kate and Jackson.  They aren’t perfect (though at times I wonder if actually is perfect), but they grow throughout the series, and even the characters that are unlikable are characters that we love to hate.  Kate, in particular, really grows, and I loved her progression from a weak damsel-in-distress to a strong woman who would risk her life to help others.

I’m not sure how much I can say about the ending without spoiling anything, so I’ll try to keep things general.  I was pretty sure that what happens would happen, even though I kept hoping it wouldn’t.   However, I wasn’t expecting it to happen exactly as it did.  I don’t know if I can wait for the release of the final book in the trilogy to find out what happens next!  I had the same reaction to the ending of The Eden Conspiracy as I had for The Box.  THAT ENDING!  The unexpected cliffhangers get me every time.  I re-read The Liberty Box in preparation for The Eden Conspiracy, and I was still surprised by the ending of The Liberty Box, even though it’s only been a few months since I read it last.
There is so much edge-of-your-seat action in this series, and it’s just fantastic.  One of the worst things for a book lover is reading a book that is supposed to be exciting, yet feeling absolutely nothing while reading.  That is definitely not a problem here.
It’s well-written; so well-written, in fact, that I had to stop reading at one point and consider whether I was actually living in the story’s world.  “Am I being brainwashed?  Do my surroundings really look like I believe they do, or is it all an illusion?  Is this actually what’s going on in the world today?”  I’m still not sure, which just shows how good the author is at pulling you into this world.

If you’re looking for a smart, well-written, and entertaining dystopian fiction, then you should definitely give this series a try.  The Eden Conspiracy is a strong sequel to The Liberty Box, and I have incredibly high hopes for the final book in the trilogy. 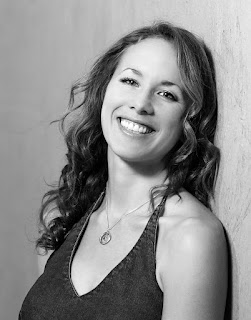 
C.A. Gray is the author of the YA Fantasy PIERCING THE VEIL trilogy, as well as the YA Dystopian series, THE LIBERTY BOX. By day, she is a Naturopathic Medical Doctor (NMD), with a primary care practice in . Additionally, she writes medical books under her real name.

Her favorite authors include J.K. Rowling and Suzanne Collins, and she also reads an exceptional amount of non-fiction. She is blessed with exceptionally supportive family and friends, and thanks God for them every single day!

To learn more about C.A. Gray, visit her online at www.authorcagray.com.

Email ThisBlogThis!Share to TwitterShare to FacebookShare to Pinterest
Labels: c. a. gray, review, the eden conspiracy, the liberty box series

The Lord of the Rings
by J.R.R. Tolkien
tagged: favorites, books-i-ve-read-more-than-once, currently-reading, and r...